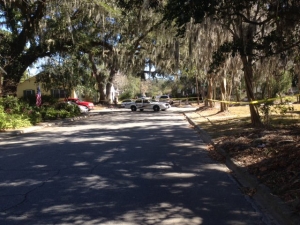 Reportedly, Farrow was outside washing his vehicle when a male suspect approached in a gray car. Farrow was shot during a verbal altercation with the suspect.

Detectives do not believe this to be a random shooting. This case remains under investigation.