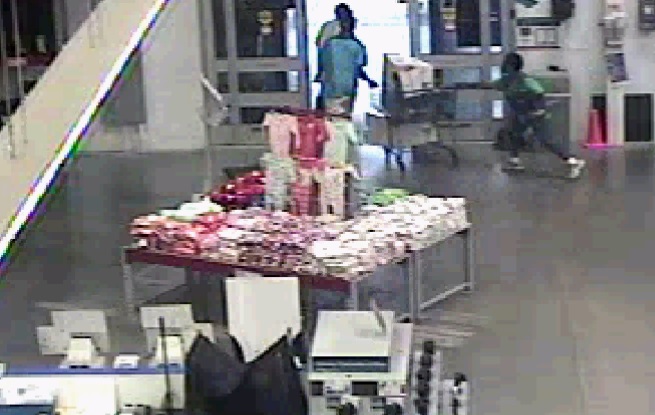 The theft happened Sept. 18th at 2:07 p.m. at Sam’s Club on the 1900 block of East Montgomery Crossroad. Surveillance cameras recorded two men with a shopping cart filled with computers and computer parts run pass the store’s front door attendant, while ignoring her requests for them to stop.

Detectives believe the suspects fled the scene in a black car, possibly a Lexus or Jaguar with a partial tag of PFT847.

The suspects are both described as black males, between 5-08 and 6 feet tall, with average builds, and medium dark skin.

Anyone with information on the identity of these suspects is asked to call Crimestoppers at (912) 234-2020 or text CRIMES (274637). Tipsters remain anonymous and may qualify for a cash reward.