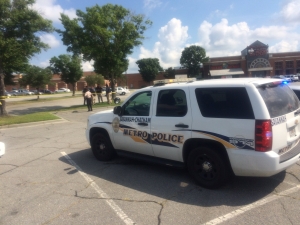 Southside Precinct officers responded to the mall and found a 63-year-old female suffering from a single gunshot wound. She was transported to Memorial University Medical Center with serious injuries.

Investigators say this appears to be a robbery. Two of the suspects physically attacked the victim at her car, she fought back, and they shot her.

The four black male suspects fled the scene in a newer model, black Lexus IS250 sedan with dark tinted windows.