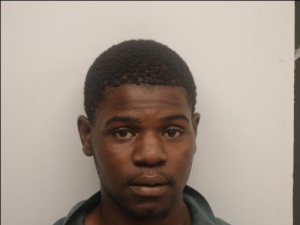 UPDATE 2: After further investigation, Jaleel Coleman, 19, was arrested and charged with murder June 1 following an interview with Savannah-Chatham Metropolitan Police Department Violent Crimes detectives. Coleman is charged with the May 30 homicide on Ott Street that claimed the life of Kevion Newman, 25.

UPDATE: The victim in the May 30 shooting in the 2200 block of Ott Street has been identified as Kevion Newman, 25.

SAVANNAH, GA (May 31, 2016) — Savannah-Chatham Metropolitan Police Department Violent Crimes detectives responded to a shooting at approximately 10:45 p.m., May 30, in the 2200 block of Ott Street that claimed the life of a Savannah man.

SCMPD Central Precinct officers responded to the area, near the intersection of Ott and East 39th Street, and found the black male victim suffering from at least one gunshot wound. He was transported to Memorial University Medical Center where he later died.

The identification of the deceased is currently being withheld pending next of kin notification.