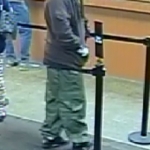 SAVANNAH, GA (December 2, 2016): Savannah-Chatham Metropolitan Police Department’s Robbery Unit and the Federal Bureau of Investigation have obtained surveillance images of the suspects involved in a Nov. 26 bank robbery on the 14000 block of Abercorn Street.

Metro responded to the scene just before 9:30 a.m. Reportedly, two masked suspects entered the Bank of America branch demanding cash from employees, while holding them at gun point. The victims complied. The suspects fled in a waiting vehicle. No injuries were reported. 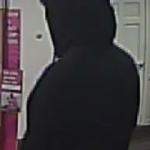 While the suspect’s faces are covered on the surveillance images, detectives ask citizens examine the suspect’s attire for familiarities that may serve as potential investigative leads.

This crime remains under investigation. Anyone with information on this case should contact the SCMPD tip line by dialing (912) 525-3124 or the FBI Savannah Office at 912-790-3100. 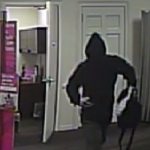