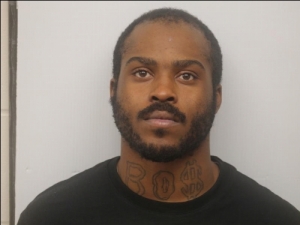 SAVANNAH, GA (September 27, 2016): The Savannah-Chatham Metropolitan Police Department Violent Crimes detectives responded to a domestic shooting at approximately 4:30 p.m., Sept. 27, in the 700 block of Yamacraw Village, near the intersection of Fahm and Zubley Streets.

The suspect, Iyontai Tovarise Walker, 22, is considered armed and dangerous. He is described as a black male, approximately 6-feet, 3-inches tall, and 190 pounds. He also has a distinctive tattoo on his neck, which reads “BO$”.

The shooting victims are a 28-year-old female and her 8-year-old daughter. Both received serious, but non-life threatening injuries and were transported to Memorial University Medical Center. The mother and child are currently listed in stable condition.