Around noon, an adult male arrived at his home along with his 5-year-old daughter finding three suspects inside. Once the suspects were alerted of the victims’ presence, the armed suspects demanded items of value. There were no reported injuries and the suspects fled the scene.

One of the suspects is described as a black male of a dark complexion and thin build. He may possibly be in his teens or early 20s. During the incident he wore a red shirt, grey pants and a blac 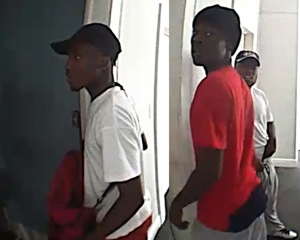 Metro is asking anyone with any information on these suspects’ identities to step forward.