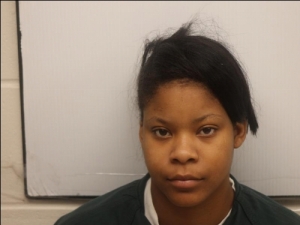 Kierra Marshall, 23, is charged with aggravated assault and criminal damage to property in the second degree stemming from her role in this incident. Marshall was transported to the Chatham County Detention Center without incident.

At approximately 2:20 a.m., Metro responded to the scene finding Maurice Smalls, 27, suffering from a serious but non life-threatening gunshot wound. Smalls was transported to Memorial University Medical Center and treated for his wounds.

Detectives believe this incident stemmed from an ongoing domestic dispute between Marshall and Smalls. This case remains under investigation.