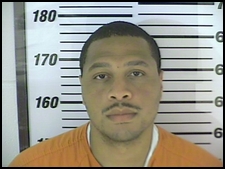 SAVANNAH, GA. (December 17, 2013): A thorough investigation by Savannah-Chatham Metropolitan Police and consultation with the Chatham County District Attorney’s Office has led to murder charges against a Savannah man in a 2012 double homicide.

Walter Terry Moon, 32, of the 1500 block of East 50th Street, was charged Friday with the murders of Michael Biancosino and Emily Pickels in the early morning hours of Sept. 1, 2012.

SCMPD homicide detectives announced March 27, 2013, that they had identified Sidney Ashley Grant as the gunman who fired upon the white Buick the couple was in about 3 a.m. Grant, 32, was the suspect in the shootings before he was found shot to death March 16 on Indian Street in front of Club Frozen by Downtown Precinct patrol officers responding to a shooting call.

Police announced at that time that they were continuing to search for others involved in the case.

Metro Police Chief Julie Tolbert said the charges follow increased cooperation between police and the district attorney’s office and should alert criminals that participation in crimes will bring consequences.

“Our investigation found that Mr. Moon was involved,” she said. “Those who participate in such crimes will be charged with those crimes. This is the only way we can secure the safety of our population.

“At the same time, this department will continue to build relationships with other agencies to enhance our efforts to keep the peace in the communities we serve. And, we continue to investigate even after we have identified the first suspect.”

Moon was being held in the Chatham County Detention Center on other charges when he was served with the murder warrants. He has a history of arrests stemming back to July 1998 when he was 18. Charges have ranged from robbery to carrying concealed weapons with altered IDs to obstruction, illegal drug possession and sales, aggravated assault and probation violation.

He most recently had been sentenced to in 2009 to 10 years in prison for several charges, including aggravated assault, batter and obstruction of a police officer. He began his sentence in 2009 and was released in 2012. Prior to that he served two years and six months for a 2001 conviction on weapons charges.