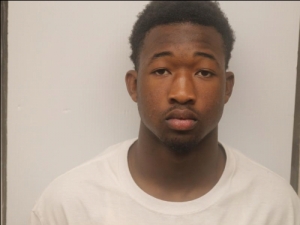 UPDATE: Zavier Washington, 17, turned himself in today and confessed to the shooting of David Walker, Feb. 28, in the 1400 block of East 42nd Street. Washington was arrested and transported to the Chatham County Detention Center without further incident.

SAVANNAH, GA (February 29, 2016): Savannah-Chatham Metropolitan Police Department’s Violent Crimes detectives are investigating the shooting of an 18-year-old man on the 1400 block of East 42nd Street at about 4:46 p.m. on Sunday, Feb. 28.

Metro responded to the scene finding David Walker with a serious but non-life-threatening gunshot wound. Walker was transported by ambulance to Memorial University Medical Center for care.

Investigators believe the victim was walking on East 42nd Street when the shooting occurred. Investigators are working to determine if this was a targeted shooting. Detectives are also working to identify the suspect and to determine whether Walker and the shooter are acquainted.  This is an ongoing investigation.