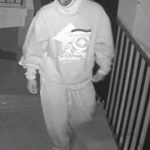 Recognize these suspects or their getaway car? 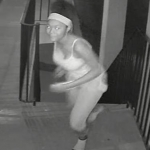 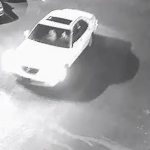 SAVANNAH, GA. (March 25, 2016): Savannah-Chatham Metropolitan Police have obtained surveillance images and ask the public’s help in identifying two suspects who robbed a woman on March 22 in her hotel room on Savannah’s south side.

The robbery took place on the 7500 block of Abercorn Street. The victim invited a female acquaintance to her hotel room after picking up the woman from the 4100 block of Heard Street. With both women in the room, the suspect knocked on the door than forced it open once the victim unlocked it. The suspect punched the victim multiple times while demanding her possessions. The victim complied. The suspect and the victim’s acquaintance fled from the hotel room together.

Both suspects appear to be in their late teens to early 20s. The first suspect is described as a black female with a medium brown complexion and an average height and build. During the robbery she wore a pink spaghetti-strap top and blue sweatpants. The male suspect also has a medium brown skin tone and is of an average height and weight. During the incident he wore an LRG brand shirt, sweat pants and tan Timberland boots. Both suspects fled, heading north on Abercorn Street in a white Lexus or Acura sedan. They may have ties to the Liberty City area.