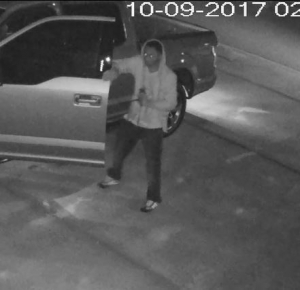 SAVANNAH, GA (October 11, 2017) –  SCMPD detectives are seeking information on a series of crimes including auto theft and entering auto cases that occurred in the last week.

The vehicles – a white 2006 Hyandai Sonata, black 2015 Chevrolet Silverado and silver 2017 Honda Pilot – had previously been stolen. The Silverado and Pilot have since been located. Police continue to search for the Sonata.

One of the subjects is described as a light skin, thin black male. Descriptions are not available for the other three subjects.

Anyone with information is asked to contact detectives at the West Chatham Precinct at (912) 652-6560.. Information can also be sent anonymously to CrimeStoppers at (912) 234-2020. CrimeStoppers tipsters may qualify for a cash reward.