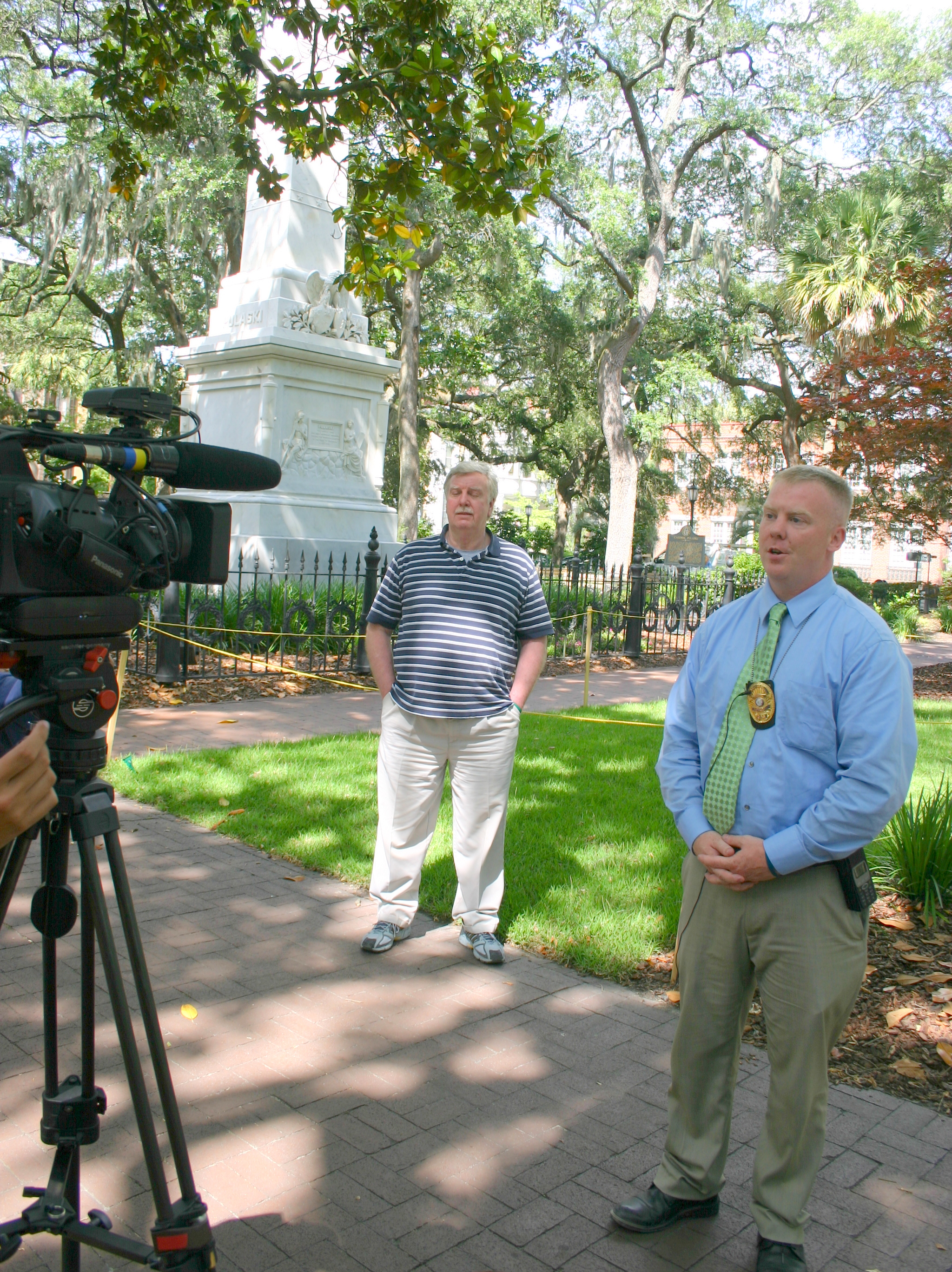 SAVANNAH, GA (May 28, 2013): The father of a U.S. Army Captain shot dead in Monterey Square nine years ago and the detective now spearheading the investigation met with news media at the scene of the crime Tuesday to ask the public to help solve the case.

“Somebody out there knows something … we are asking them for help,” Greg Corwin of Illinois said of the investigation into the death of Capt. Scott Corwin May 29, 2004. “After nine years even we were losing a little hope (that the case will be solved),” but these guys (detectives) have uplifted me a lot.”

The father met with members of the command staff and violent crimes detectives of the Savannah-Chatham Metropolitan Police Department Tuesday to review the case. He said he came away impressed that so much continued to be done on the case so long after it occurred.

“I did not always have those feelings before today,” he said.

Detective Kevin Grogan, who is now the lead investigator on the case, said time has not diminished the effort the department continues to put forth in the investigation.

“Capt. Corwin was a United States Army officer and the anniversary of his death tomorrow encourages us to step up our efforts to find his killer,” Grogan said. “Anything we can do to spur any information that will help us solve this case, we are doing. We need to bring justice for the Corwin family.”

Members of the family have contributed $12,500 to Crimestoppers in Savannah to push the reward for information that could lead to the arrest of the killer to as high as $15,000. Information provided to Crimestoppers is completely confidential and rewards are provided in a manner to protect the identity of the recipient.

Capt. Corwin was a West Point graduate and serving in the 92nd Engineering Battalion at Fort Stewart at the time of his death. He was found with fatal wounds near the square in the early morning hours of May 29.