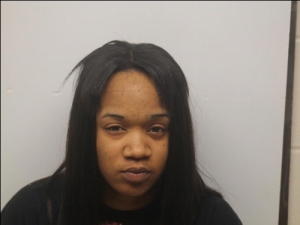 Trinika Latrell Beamon surrendered to Chatham County Deputies at the Chatham County Detention Center on Monday afternoon to face charges in the shooting death of T’arsha Williams on Hudson Street in the early morning hours of Nov. 15. She has been charged with murder,  felony murder, two charges of aggravated assault and two criminal attempt.

Another woman, Taylor Lavon LaCount, 21,  was arrested in December.

They are accused of luring Williams to Hudson Street near West Lathrop Avenue where he was shot during a robbery attempt about 3:30 a.m. Williams was found deceased in a gray Pontiac that had rolled into a building.