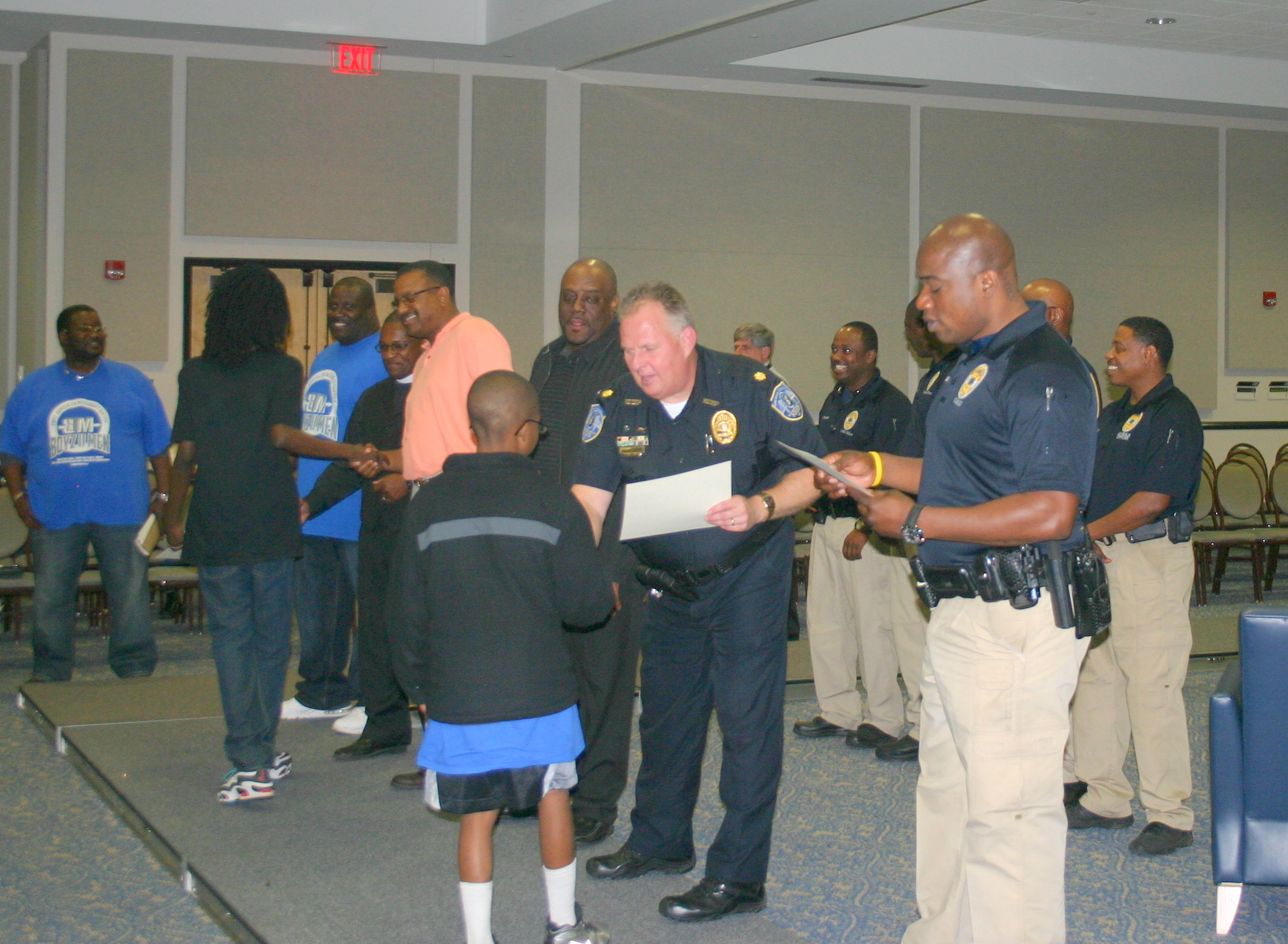 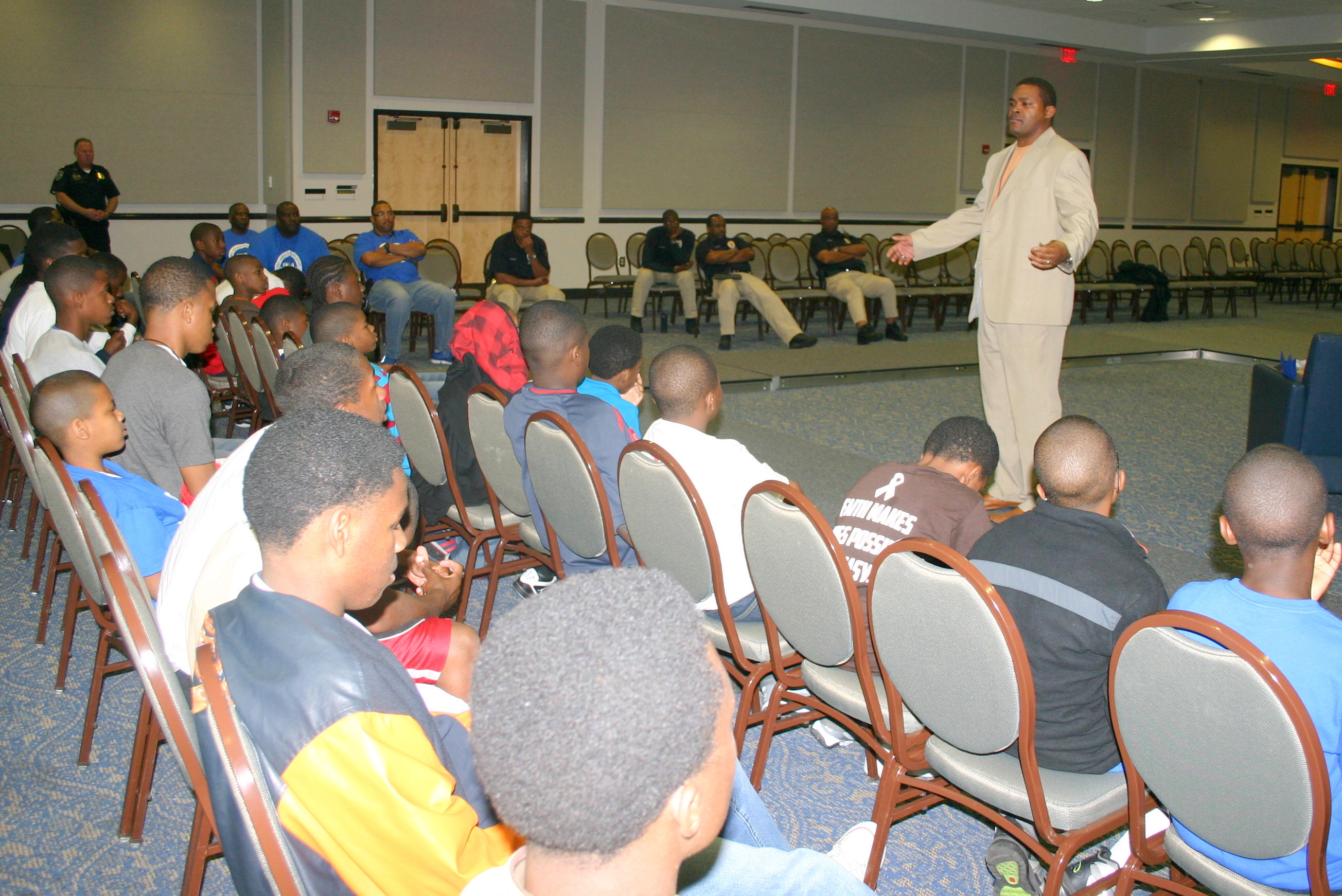 Britt Henderson reaches out to campers on planning for life, based on his own experiences.

The one-day camp, titled the K.I.P. (Knowledge is Power) Challenge, was co-sponsored by the University and three Savannah churches as the forerunner to a week-long camp that SCMPD hopes to hold over the summer.

The camp was part of Police Chief Willie Lovett’s continuing campaign to reach out to the community and build relationships. He consistently points out that the youth of the community hold the keys to its future and can be the most vulnerable to crime.

A week-long version of the camp is being planned at SSU in July.

Campers took part in programs on decision making and goal setting before eating in the SSU cafeteria and touring the campus. They then heard a moving presentation by former SSU and professional football player Britt Henderson who is now the Student Union Coordinator. His talk centered on planning for life and illustrated it with his own successes and failures.

Maj. Richard Zapal who initiated the camp said building bridges to children in the community is extremely important and the tour of the university to show the teens what can be awaiting them is vital.

“Some youngsters never get the chance to see what is out there until it is too late for them to participate,” Zapal said. “We wanted to stress to them that the lives they will eventually lead starts with decisions they are making now.”

Zapal encouraged the youngsters to make something of their lives – go to college or technical school or join the military – and prompted them to strive become police officers in Savannah.