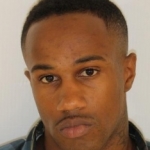 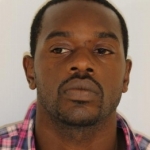 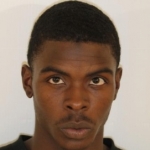 SAVANNAH, GA (October 31, 2014): Three men were arrested and a woman detained Thursday in an investigation by Savannah-Chatham Metropolitan Police in a series of shootings, armed robberies, auto thefts and gun discharges,

Geovanni Fredrick Williams, 24, and Bernard William Green, 28, were arrested when Central Precinct Tactical Investigation Unit and SWAT officers stopped their vehicle on Cubbage Street in the Carver Village Neighborhood Thursday afternoon. Tykesha Lawrence, 22, who also was in the vehicle, was detained.

Lawrence’s brother, Eric Lakeem Lawrence, 23, was arrested when he tried to approach a police car in which his sister was detained and fought with Metro and federal officers who tried to stop him. All three of the suspects live in an apartment in the Fred Wessels Homes on the 600 block of East Liberty Street.

The men remain in custody as police investigate multiple cases in the area.

TIU and SWAT officers had warrants for Williams and a search warrant for his residence when an undercover officer noticed them in a vehicle Thursday afternoon. The vehicle was stopped and a weapon recovered. The search warrant was being served on the residence afterward when Eric Lawrence intervened. Another weapon was found in the apartment.

Officers also recovered a stolen pickup truck near the traffic stop on the SUV that night and have tied it into the investigation.

Williams also was being sought for questioning in the July 18 shooting of a woman in the 700 block of West 39th Street when he was pursued into a house where a 10-month-old baby had been left sleeping on July 28. Metro SWAT officers surrounded the house but not before he had escaped from a back window. The baby and her mother were unharmed.

TIU and Violent Crimes detectives as well as agents from the Division of Alcohol, Tobacco and Firearms are continuing to investigate and anticipate additional charges.