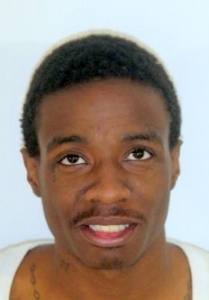 SAVANNAH, GA (April 15, 2015) Savannah-Chatham Metropolitan Police have identified the second suspect and charged him in shootings at two city parks, including one in which a window in the Bull Street Library was struck.

Troy Shanta Young, 22,  was served today with four warrants drawn by Metro Violent Crimes detectives while he was in the Chatham County Detention Center on other charges.

He was charged today with two aggravated assault  warrants for a January 28 incident in Wells Park in which a male was hit and an aggravated assault and possession of a firearm by a convicted felon Jan. 29 shooting in Thomas Park beside the library.  Young served a month of a four-year term for burglary in 2010-11 and nine months of a four-year term for possession of a firearm and theft by receiving in 2012-13. He was arrested and charged with violation of probation on March 27, his third probation violation charge since his 2013 release.

Previously, police charged Joshua Tamil Myers with aggravated assault in the two incidents and fleeing to elude police in another incident. He was identified as the driver of a stolen blue Ford Fusion from which the shots were fired at the same person on the two successive days. The Fusion was located later without wheels. Myers was arrested March 25 by Richmond Hill police for theft by shoplifting and possession of a firearm by a convicted felon.

The victim of the Wells Park shooting, victim Kelvin Frazier, was not the intended target. He received non-life-threatening injuries. No one was injured in the second shooting in which rounds struck the Bull Street Library.