SAVANNAH, GA (November 8, 2018) – The Traffic Investigation Unit is investigating an early morning pedestrian-involved crash that resulted in a fatality.

At around 3 a.m., Dwayne Sutton, 54, driving a Kia Optima, was traveling west on Montgomery Crossroads nearing Atwood Street when he struck a pedestrian that was lying in the roadway. The pedestrian, later identified as Ivory Winfrey, 34, was transported to the hospital in serious condition. He later succumbed to his injuries.

This crash continues to be investigated by the TIU. 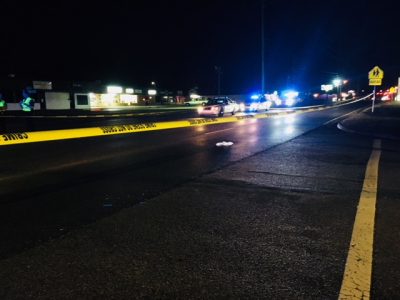