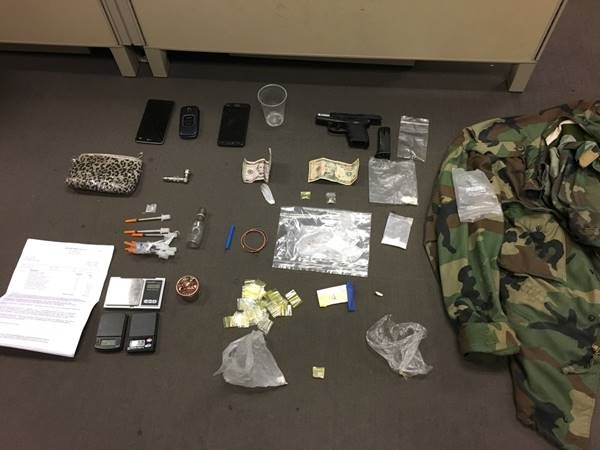 SAVANNAH, GA (January 27, 2019) – Savannah Police’s Task Force, with the assistance of the SWAT team, made three arrests during the execution of a search warrant at a guest room at Budget Inn.

The officers conducted the search warrant around 6:40 p.m. at Budget Inn, 3702 Ogeechee Road, in an attempt to arrest Leric Dewberry, 45, who had an active probation violation warrant and has been seen at the motel room.

During the search, officers located numerous drugs, including 4.4 grams of methamphetamine, 0.5 grams of marijuana, 0.2 grams of cocaine, 6.1 grams of crack cocaine, several items used in the distribution of drugs and one firearm.