At around 1:00 p.m. at the Home Depot on the 11100 block of Abercorn Street, a male suspect is seen on surveillance footage entering the store and putting multiple items in his shopping cart. The male suspect then walks out of the store with the merchandise, which totaled approximately $2,100.

The suspect then entered a green Honda Civic and fled the scene. The suspect is described as a black male standing approximately 5-foot-7 and weighing about 225 pounds. He wore a black shirt, white gym shorts and red sneakers. 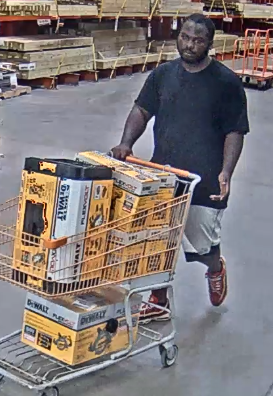 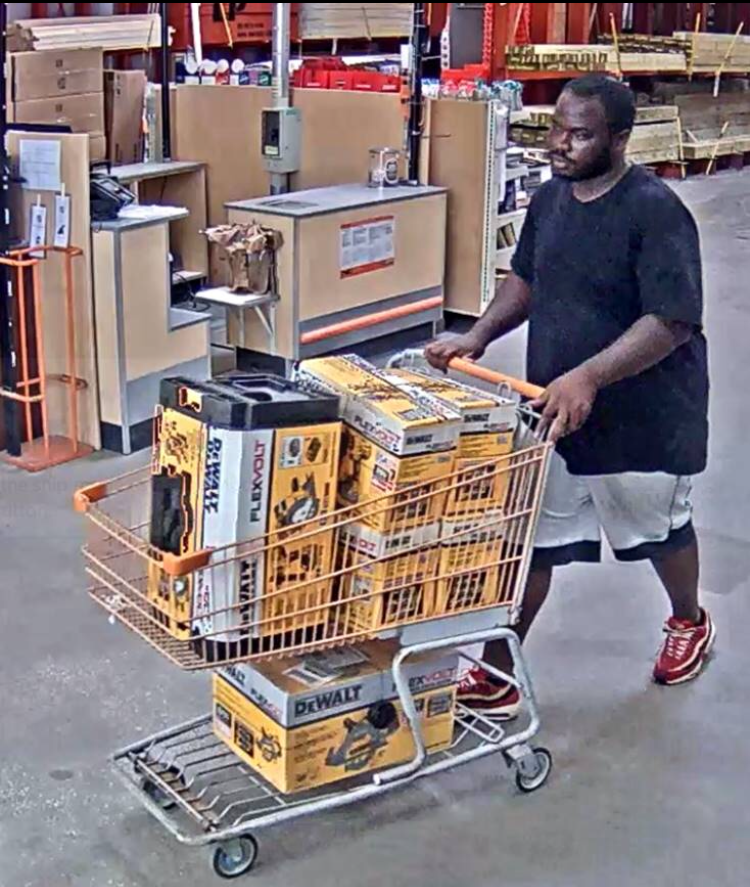