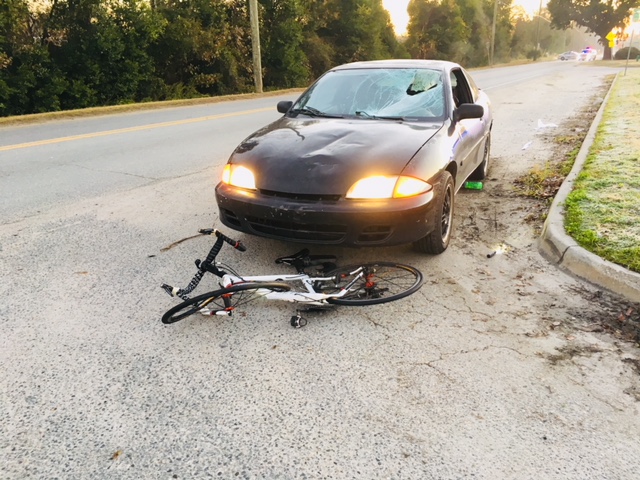 Just prior to 6 a.m. a Chevrolet Cavalier, driven by 52-year-old James Gibby, of Garden City, was traveling west in the 1100 block of Louisville Road when it entered the eastbound acceleration lane to turn left into a business. At the same time, Patrick MacDonald, 27, of Ellabelle, was traveling eastbound on Louisville Road on a bicycle. For reasons unknown at this point in the investigation, MacDonald ended up facing south in the eastbound acceleration lane in front of the Cavalier, resulting in the Cavalier striking the bicyclist. MacDonald was transported to Memorial Medical Center with serious injuries.