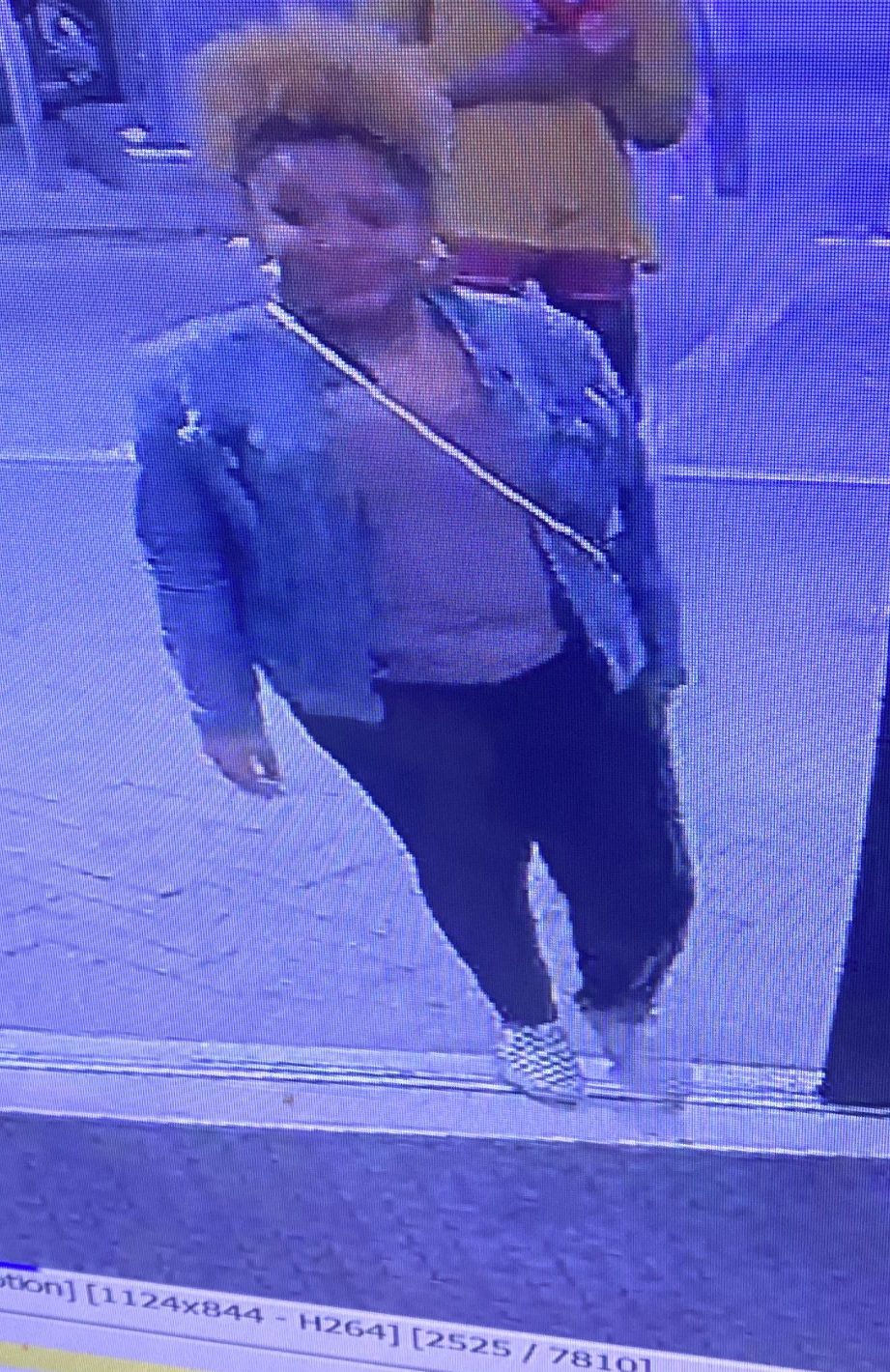 SAVANNAH, GA (July 14, 2021) – SPD detectives are seeking to identify a woman involved in an auto theft that occurred at a gas station on Martin Luther King Jr. Boulevard on July 4.

Officers were called to Parker’s, 405 MLK Blvd., around 10:30 a.m. after a man walked outside of the store to find the vehicle he was driving missing. He had parked the black Chrysler 300, which has a push-to-start ignition, at the pumps and then entered the store. The vehicle was left running, but the key was in his possession.

According to surveillance footage, an unknown black male exited the vehicle he as traveling in and drove off in the Chrysler 300. A young black female with blonde hair had been traveling with the unknown male just prior to the vehicle being stolen. She was wearing a yellow shirt and blue jean jacket.

Anyone with information on the incident or the couple involved is asked to contact Northwest Precinct detectives at (912)651-6990. Tipsters can also send tips to CrimeStoppers at (912) 234-2020. Tipsters remain anonymous and may qualify for a cash reward. Tips can also be submitted online at SavannahChathamCrimeStoppers.org by selecting “Submit Online Tip.”