SAVANNAH, GA (August 8, 2019) – Savannah Police Southside Precinct detectives are requesting the community’s assistance identifying a suspect who burglarized the Dunkin Donuts on the 100 block of W. Derenne Avenue on July 15.

Officers responded to the scene after an employee opened the business and noticed that the cash register drawers were open and money was missing. Surveillance footage revealed that a suspect gained entry to the business around 3 a.m. and stole cash. The suspect then fled the scene in a black Toyota.

The suspect is described as a black male who wore all black during the incident.

Anyone with information on this case or the suspect’s identity  is asked to contact detectives at (912) 351- 3400 ext. 2216. Information can also be forwarded to CrimeStoppers at (912) 234-2020. Tipsters remain anonymous and may qualify for a cash reward. 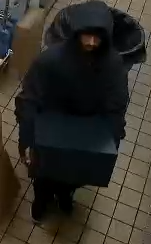 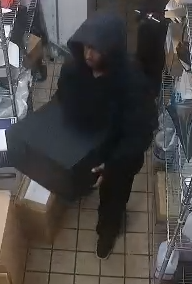