SAVANNAH,GA ( May 16, 2012) Savannah-Chatham Metropolitan Police are seeking help from the public in identifying the gunman who robbed a Waffle House and one of its employees Friday morning.

The man entered the restaurant  on King George Boulevard about 2:30 a.m., pointed a hand gun at the clerk and demanded all cash from the register. He also ordered an employee to empty his pockets and took cash from him. Then he ordered a customer to do the same but left the $20 bill he placed on the counter when the customer opened his wallet and showed he had no more money. The gunman then left on foot.

Detectives from the SCMPD Robbery Division described the suspect as a black male with a brown complexion and a mustache wearing a broad striped black and gray, hooded shirt. He had a white sock over the bottom of his face and wore white gloves, white tennis shoes and dark jeans.

Anyone with information that could help identify the man is asked to call Crimestoppers at (912) 234-2020 or text CRIMES (274637). In the body type, include “CStop2020” plus the tip. Tipsters remain anonymous and may qualify for a cash reward. 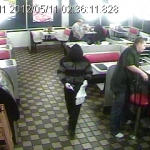 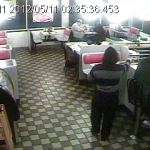 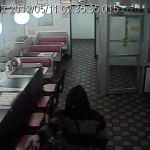 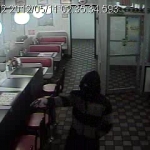