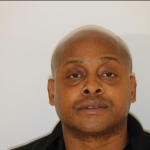 SAVANNAH, GA (February 3, 2015) Citizens took action Monday night when a man robbed at pet store, chasing the suspect into the middle of Victory Drive and holding him for arriving police.

Stephen Bernard Kibler, 44, of an East 39th Street address, was charged with robbery by intimidation after grabbing money from a cash register at Pet Smart on Victory Drive about 9 p.m.

WSAV-TV anchor Russ Riesinger was behind the man in the checkout line, witnessed the robbery and chased Kibler into the median on Victory Drive where he and another bystander held him for police.

“We certainly appreciate and welcome the public becoming involved in the safety of the community and their efforts are crucial to our efforts,” Lumpkin said. “Cases are quickly closed and dangerous subjects removed from streets when witnesses identify them and advise officers the direction they ran. Typically, police officers are better trained to handle physical confrontations and equipped to do so. I worry when untrained citizens are involved.”

Central Precinct officers were on scene a minute after the call came in and took Kibler into custody.

Lumpkin plans to officially recognize the efforts of the two citizens this week.

“While I prefer that the public avoid physical confrontation, the involvement by witnesses in solving crimes is crucial to curtailing crimes in every jurisdiction,” Lumpkin said. “My thanks go out to Mr. Riesinger and the other gentleman who took action and took a stand.”