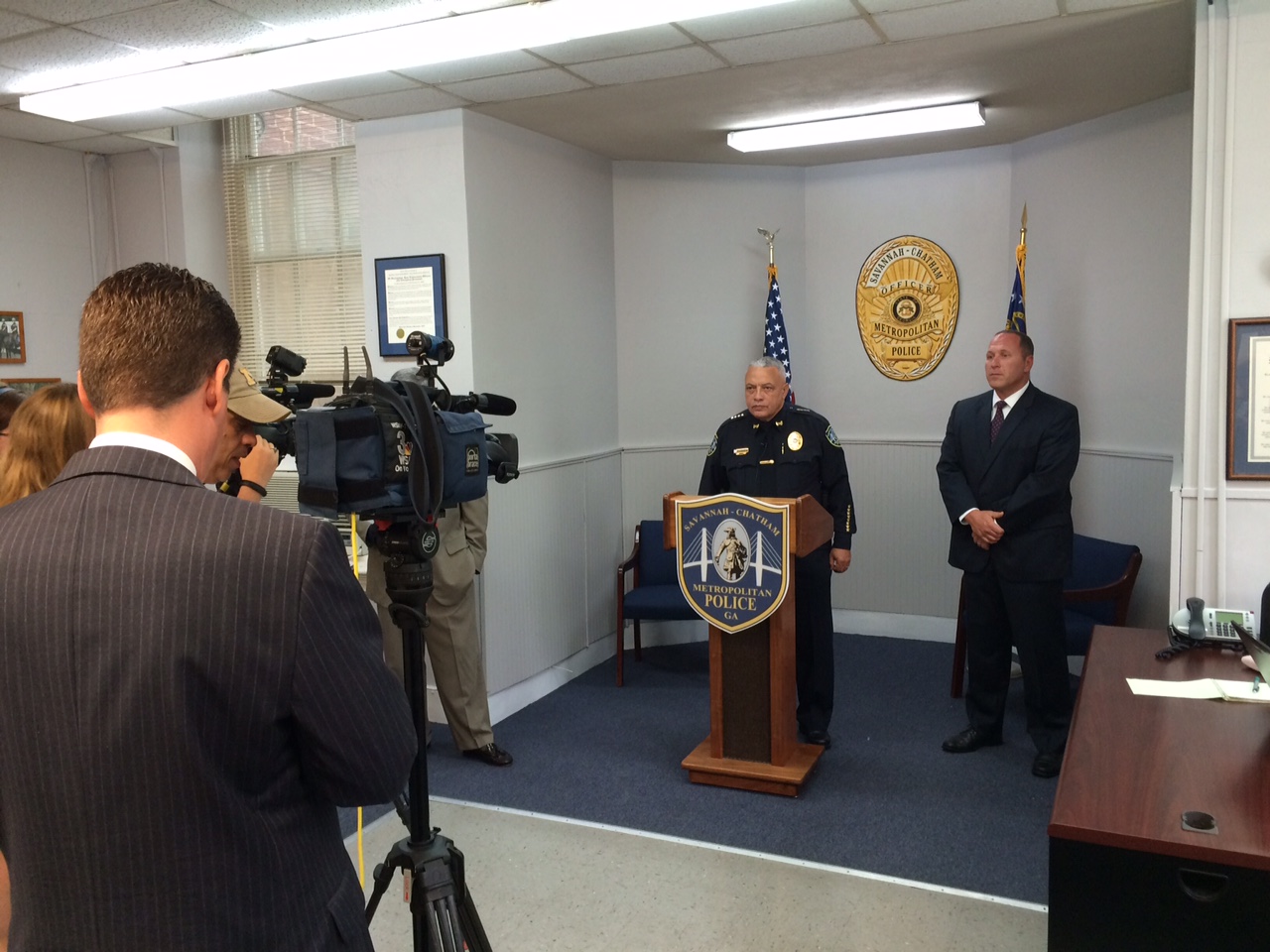 Comments from Chief Lumpkin on Termination of Cpl. McCormick

Today I announce the suspension of one of our officers, Corporal Daryle McCormick, pending his termination following a nearly year-long investigation. I am also releasing the full Office of Professional Standards investigative file in this case. The details of this case are frankly troubling, and embarrassing. Not just to the individuals involved, but to everyone who wears a badge on this force. The content in this file causes me great pain.

But I, along with the City and County managers, have pledged openness and transparency with the public as we continue down a path to transform Savannah-Chatham Metropolitan Police into the most outstanding law enforcement department in this nation. Openness and transparency means letting you know when we succeed, and also letting you know when we fail.

In this case, you will see we obviously failed the public.

Cpl. McCormick became a Savannah Police officer in 1996, and in 2005 was assigned to a special task force coordinated by the Savannah Office of the U.S. Bureau of Alcohol, Tobacco, Firearms and Explosives, otherwise known as the ATF. For the next nine years, he remained in this assignment – working with the ATF, the Georgia Department of Revenue, and SCMPD. In this special assignment Cpl. McCormick reported directly to former Chief Willie Lovett.

On June 16, 2014, Cpl. McCormick requested to return to the SCMPD full time. He was advised by Interim Chief Tolbert that she would address his request if he gave her a letter stating that he was leaving the ATF Task Force in good standing. Two days later, Interim Chief Tolbert was advised by the Resident Agent in Charge of the ATF that Cpl. McCormick had been removed from the Task Force following allegations of improper activity.
Chief Tolbert immediately placed him on administrative leave, and an investigation was launched by the SCMPD’s Office of Professional Standards for possible policy violations.

Our investigation found that while working on the ATF Task Force, Cpl. McCormick stole cash, several televisions, and computers from an ATF undercover storefront, and gave some of them to former Chief Lovett and perhaps others.

The investigation also found that Cpl. McCormick used Task Force funds to purchase alcohol and other improper items for former Chief Lovett.
The conduct of Cpl. McCormick and former Chief Lovett are reprehensible, and such actions will not be tolerated under my watch. Before receiving his badge, Cpl. McCormick was required to take an oath of office, and abide by the Law Enforcement Code of Ethics. The Code reads, and I quote: “I recognize the badge of my office as a symbol of public faith, and I accept it as a public trust to be held so long as I am true to the ethics of the police service.”

With his actions, Cpl. McCormick has damaged that public trust, and further eroded the faith our public has in our Police Department.
Yesterday afternoon I suspended Cpl. McCormick, pending termination, for policy violations that include conduct unbecoming an officer, lying and misappropriation of property.

We are cooperating fully with federal investigators, who are continuing their investigation. Once we have obtained additional information from federal authorities, we will brief the District Attorney’s Office and cooperate fully with that office to determine if charges should be considered on the State of Georgia level.

I have recommended that the City Attorney explore pursuing civil litigation to recover public money and property misappropriated by Cpl. McCormick, former Chief Lovett, and perhaps others associated with this case.

To the people of Savannah and Chatham County, I want to apologize for the behavior, conduct and performance of those associated with damaging the public trust our citizens and visitors have a right to expect from their police officers. Those actions of Cpl. McCormick and others I have described today are the actions of a Police Department of the past. They will not be tolerated in the Savannah-Chatham Metropolitan Police Department of today.

Some of that change has involved removing officers who have proven incapable of recognizing their badge as a symbol of public faith. Not everyone is cut out to be a Police Officer. Overall, there is no tougher job in this community than an SCMPD police officer.

Those officers who continue to serve deserve our thanks and appreciation. For nearly six months in the SCMPD I have been introduced to some of the finest law enforcement professionals I have ever encountered during my 44 years of service.

By far the vast majority of our officers are in this job to serve our citizens, safeguard life and property, protect the innocent against deception, and respect the constitutional rights of all men and women to liberty, equality and justice. They serve as police officers to make Savannah-Chatham a better place to live, work and recreate.

I hope that the public will remember this, and continue to support the men and women who wear SCMPD blue.

You can video McCormick’s entire personnel documents at www.savannahga.gov/mccormick

McCormick’s IA file can be viewed below: 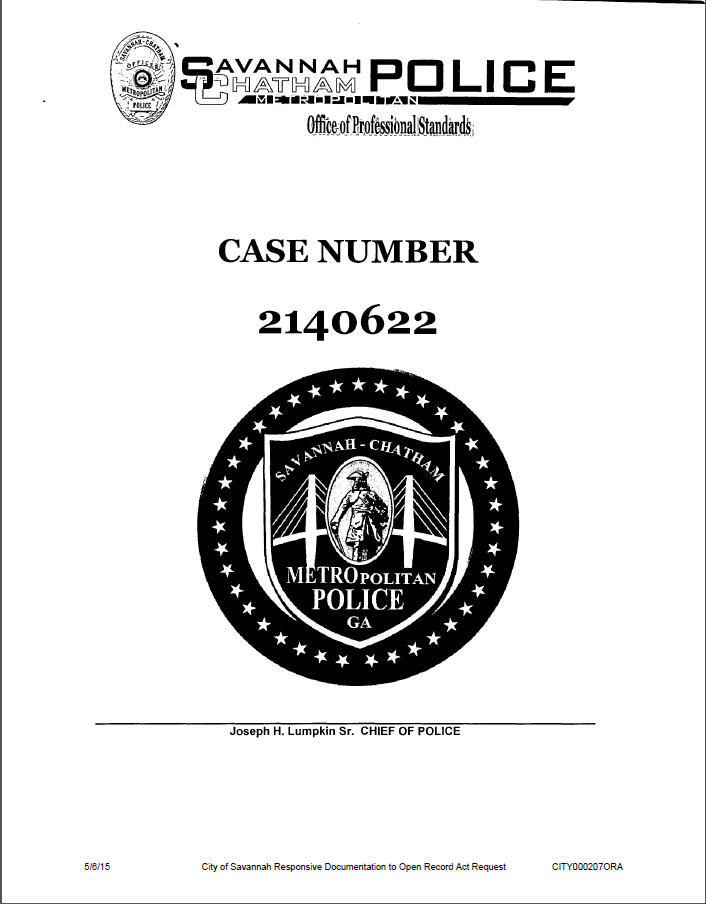 Local news, weather, sports Savannah | WSAV On Your Side

McCormick’s surveillance videos can be viewed below: