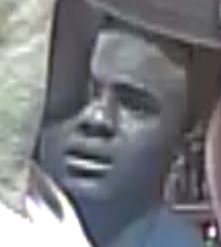 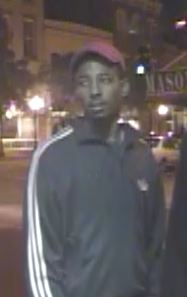 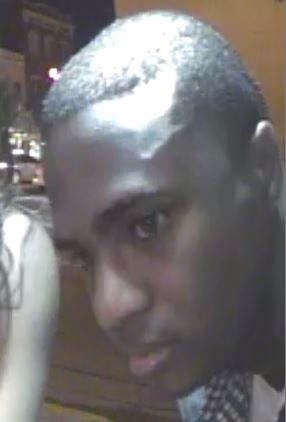 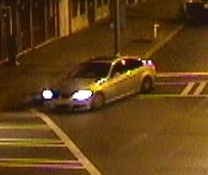 SAVANNAH, GA (May 6, 2013): Two additional men are being sought for questions and a silver BMW is being hunted in the investigation of the shooting of two people on West Broughton Street Friday morning.

Savannah-Chatham Metropolitan Police violent crimes detectives would like to talk to the two black males in their late teens or 20s. One was wearing all black with a red baseball-type cap. The other eventually drove away in the BMW. Photographs of the subjects and the car have been released and are attached to this release.

As many as 100 people were present near Broughton and Jefferson streets as the confrontation took place about 3 a.m. Vaughn Cornelia, 20, was transported to Memorial University Medical Center by Emergency Medical Services and taken to surgery. Mamie Smith, 20, was transported to the same hospital by private automobile with a non-life threatening wound.

Anyone with information on the case, the identity or the location of the men or the operator or location of the BMW is asked to call Crimestoppers at (912) 234-2020 or text CRIMES (274637). Tipsters remain anonymous and may qualify for a cash reward.