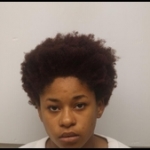 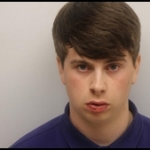 The Jeep Liberty was reported stolen in Thunderbolt on Feb. 18. Feb. 22 at about 5:30 p.m., Metro responded to reports that the stolen Jeep occupied by the two suspects had been spotted in a gas station parking lot on Skidaway and Shell roads. Stubbs, was driving the Jeep, but failed to stop when prompted by the officer. Stubbs collided with the Metro unit before fleeing toward southbound Skidaway Road.

Additional Metro units and Savannah State University Police spotted and followed the Jeep through SSU’s campus, before it stopped near a canal on Howard Foss Drive.  Stubbs and Jones exited the Jeep. They were taken into custody near Albert Street and DuPont Road after a brief foot chase by SCMPD.