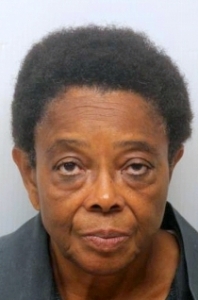 SAVANNAH, GA (June 11, 2015): Violent Crimes detectives have added murder charges against a  68-year-old Savannah woman after the death Wednesday afternoon of a woman who was shot on  Savannah’s south side June 4..

Vivian Corely already had been charged with aggravated assault, possession of a firearm during the  commission of a crime, aggravated battery and criminal attempt to commit murder. She remains  in the Chatham County Detention Center.

Lorraine Manuel, 27, of the 7200 block of Grant Street, died in Memorial University Medical  Center. She had been in critical condition  since the shooting on Culverton Court.

Corely called Emergency 911 at 3:40 p.m. to report that she had shot someone in the rental house  she owns off Beaumont Drive in southwest Chatham County.

Detectives from the Savannah-Chatham Metropolitan Police Department continue to investigate.