Upon arrival to the scene officers found the front door to the building on fire.  Savannah Fire responded to the scene and extinguished the fire.  A suspect was located in front of the building and after a brief struggle with officers was detained for investigation.

The preliminary investigation found that Martin Gates, 51 had come to Statewide Health Services where he receives his monthly benefits. Mr. Gates became upset when he was denied funds. He then went outside and attempted to set fire to both entry doors with two employees still inside the business. Mr. Gates was advised to have mental health issues.

No one who was inside the business was injured during the incident.

Gates was taken into custody and transported to a local hospital for treatment for pepper spray exposure.  Mr. Gates will be taken to the Chatham Detention Center and charged accordingly after his release.

A Savannah Fire Arson investigator responded and assisted with the investigation. 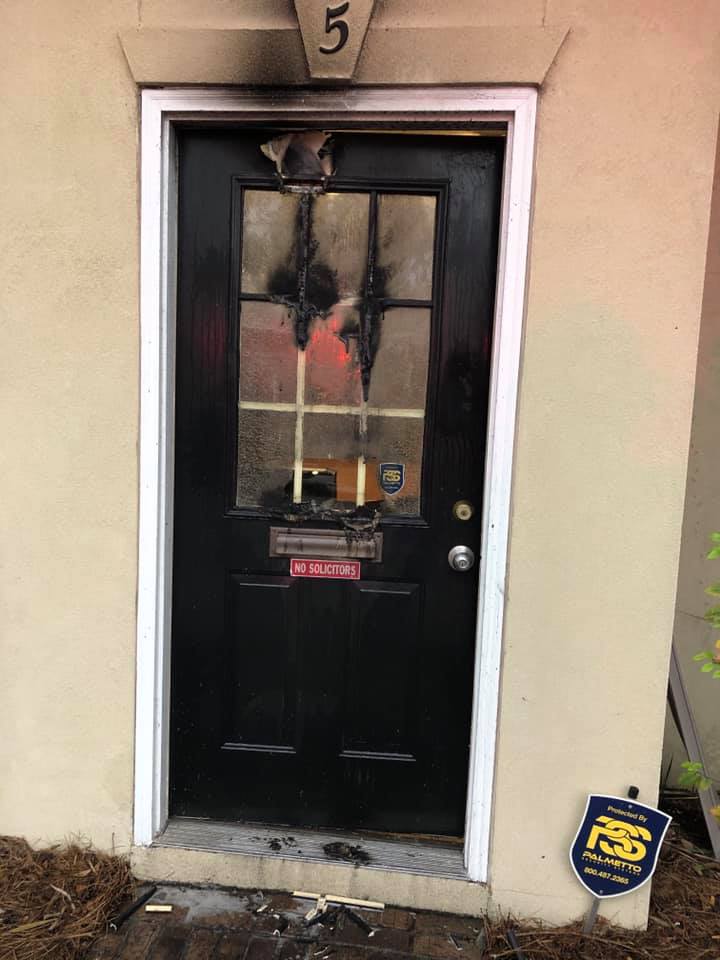