MARCH 27, 2018 UPDATE: Brandon Scott Sinclair, 33, was identified as a suspect in this case. He was booked into the Chatham County jail on March 26 on a charge of burglary.

About 4:20 a.m. Feb. 24, an adult male was seen on surveillance footage entering Auto Shine, 239 E. Montgomery Cross Road, through a window. The man left after several minutes. He stole a silver flashlight as well as a green bookbag that contained gloves, a skull cap and a pair of shoes.

The subject is described as a thin-built, white male, who is about 6-feet-tall with a crew cut haircut. He also had a 912 tattoo on the back left side of his neck.

Anyone with information on the incident or the suspect’s identity is asked to contact the Southside Precinct at (912) 351-3403. Information can also be forwarded to CrimeStoppers at (9120 234-2020. Tipsters remain anonymous and may qualify for a cash reward. 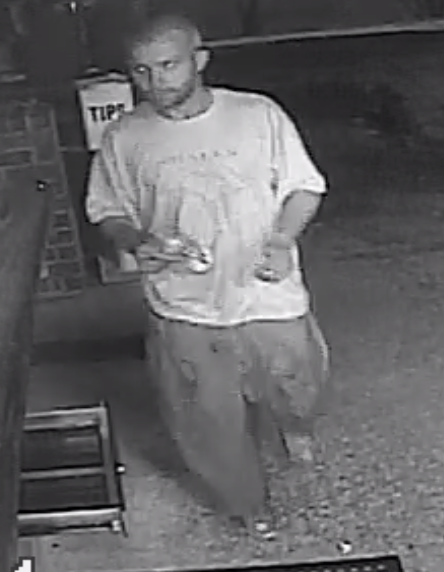