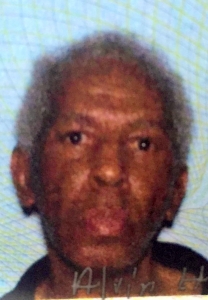 SAVANNAH, GA (May 9, 2015) Savannah-Chatham Metropolitan Police have renewed and expanded their search for a 61-year-old man who disappeared about noon Friday and are seeking the public’s help.

Alvin Howard is a black male, about 5-foot-8, 145 pounds with gray hair and uses a cane to walk. He was last seen in the White Bluff/Davidson area about noon Friday, wearing a brown button up shirt and brown pants.

Family members fear he can be disoriented and unable to find his way home and not be able to protect himself.

Police officers from all precincts and units converge on the area from Windsor Forest to downtown Savannah Thursday night, including the use of police helicopter Eagle 1. Dozens of businesses were checked and police were told Howard may have been served at the Red Lobster. A photo of Howard was displayed by major media in the area and he was entered into national and state crime information systems.

Because Howard previously lived in Statesboro, Bulloch County Sheriff’s Office and Statesboro Police were notified. Chatham Area Transit bus drivers joined in the search and one recalled Howard taking a bus downtown. A state Mattie’s call was sent to the Georgia Bureau of Investigation and the Alzheimer’s Association responded to the scene. Shelters were checked to see if Howard had checked in for the night.

Police again are searching businesses and hidden locations. Anyone who sees him or knows of his location is asked to call Emergency 911 immediately.