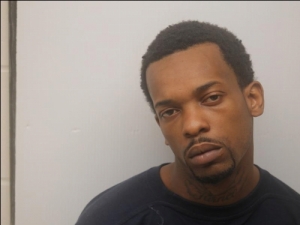 UPDATE: Tuesday, Savannah-Chatham Metropolitan Police Department’s Undercover Narcotics Investigations Team (UNIT) and the Southeast Regional Fugitive Task Force of the U.S. Marshals Service arrested Brandon Miller, 26, in connection with the Nov. 27 shooting death of Mario Williams, 29. Miller was arrested after questioning at  SCMPD headquarters. He is charged with one count of felony murder and one count of robbery.

Witnesses saw the suspects fleeing the scene in a grey SUV. Officers located the suspect vehicle, a grey 2009 Chevrolet HHR, at Wilder Drive and Randolph Street.

This incident remains under investigation.