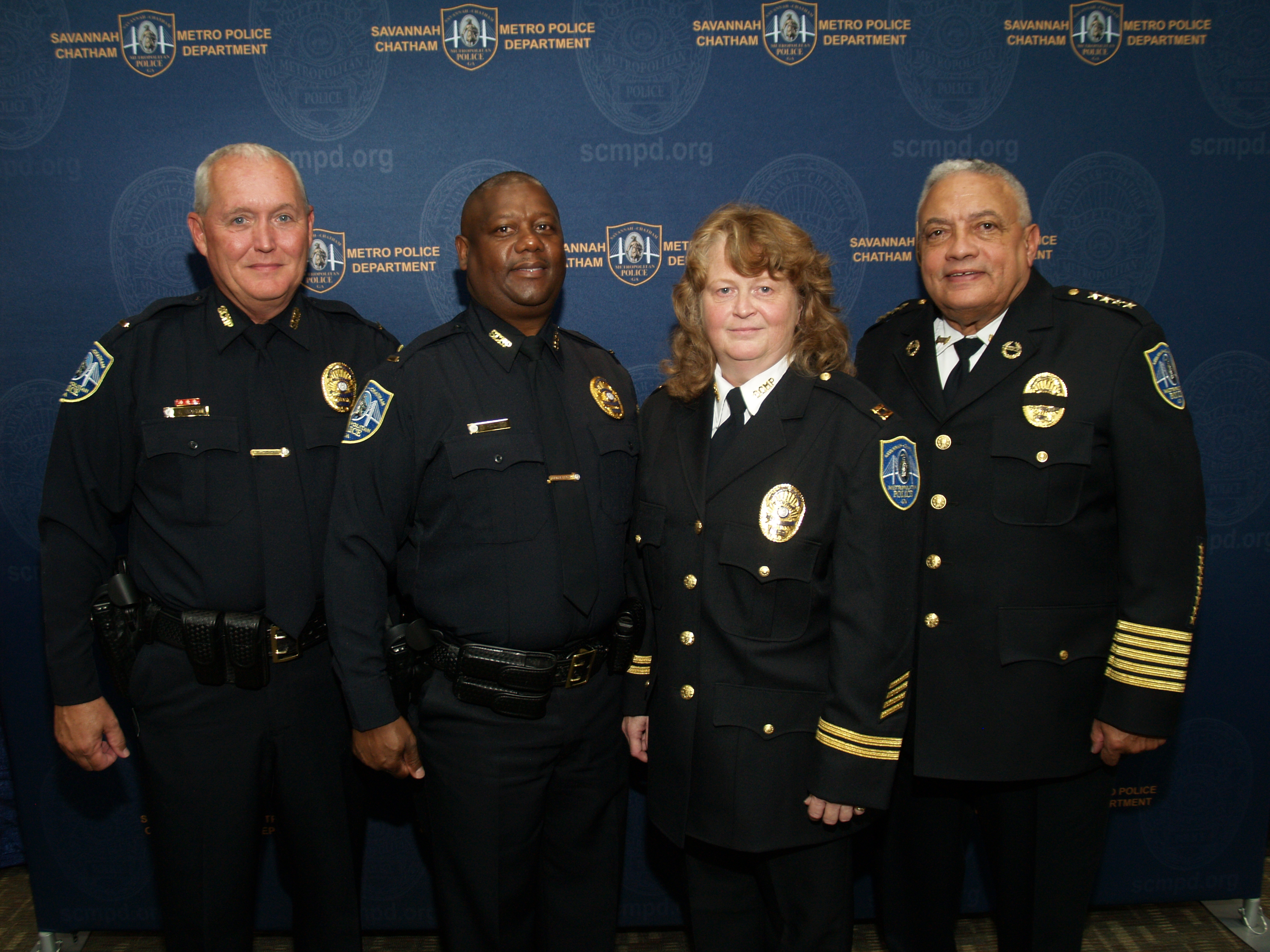 Chief Lumpkin promoted one lieutenant to the rank of captain and promoted two sergeants to the rank of lieutenant. Each promoted officer was selected for his/her character, competence and integrity. Combined they have nearly 80 years of law enforcement experience in Savannah and Chatham County.

Capt. Joy Gellatly is a 29-year veteran; she is now the Commander of the Downtown Precinct. Capt. Gellatly is a recent graduate of the FBI National Academy 264th Session and she’s a 2015 graduate of the International Association of Chiefs of Police Leadership in Police Organizations course and instructor’s course.

Lt. Darold Holmes is a 17-year veteran and is currently assigned as a watch commander in the Downtown Precinct. He has a Bachelor of Arts degree in Criminal Justice and Master Degree in Business Administration from Saint Leo University. Lt. Holmes is a recent graduate of the IACP Leadership in Police Organizations course.

Lt. Joseph Wright joined the agency 33 years ago. He will be assigned to the West Chatham Precinct as a watch commander. He previously was assigned to the Office of Professional Standards. Lt. Wright is a 2015 graduate of the IACP Leadership in Police Organizations course.