SAVANNAH, GA (December 19, 2018) – Savannah Police detectives are seeking the public’s help identifying the suspect and suspect vehicle in an armed robbery that resulted in a 71-year-old male being injured.

On December 18 at around 10:50 a.m., the victim was in the 200 block of E. Huntingdon Lane when the suspect approached and demanded his wallet. In the course of the altercation, the victim sustained non-life threatening cut wounds. The suspect fled the scene with the victim’s property in an older model red Ford F-150 with a ladder in the rear of the truck.

The suspect is described as a black male in his 30s and around 5-foot-8. He wore a gray knit cap, a gray striped shirt, black pants and white sneakers during the incident.

Anyone with information on this investigation is asked to contact our tip line at (912) 525-3124. Information can also be forwarded to Crimestoppers at (912) 234-2020. Tipster are anonymous and may qualify for a cash reward. 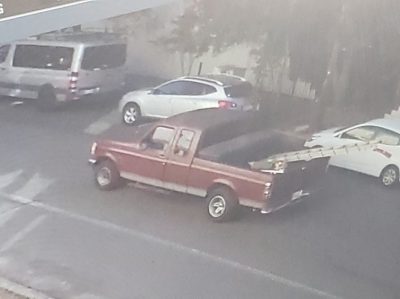