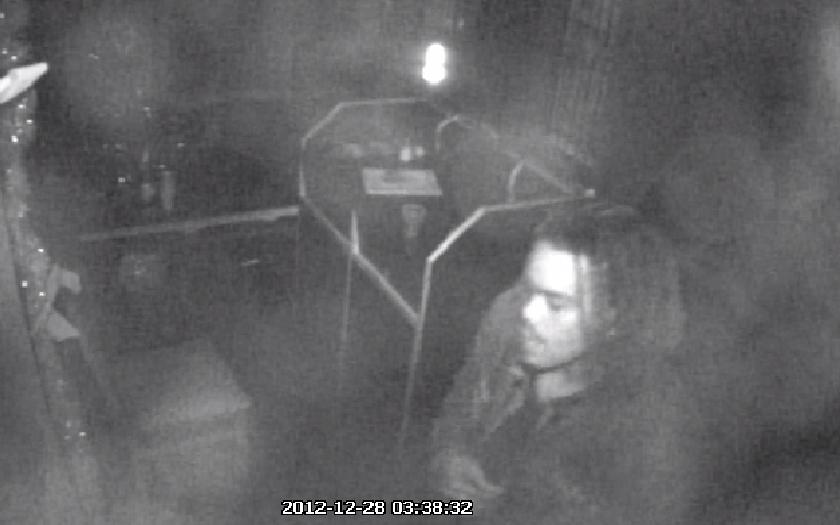 SAVANNAH, GA (February 6, 2013): Islands Precinct detectives are trying to identify a man with thinning, shoulder-length dreadlocks in a theft investigation in a Skidaway Road bar in December.

The black male with a medium build is suspected of being 5-10 to 6-1 and weighing about 185-190 pounds. He was wearing a dark jacket with a team emblem on the back with lighter colored trousers.

A video obtained by Savannah-Chatham Metropolitan Police precinct detectives shows the man walking in Raymond’s Lounge in the 2000 block of Skidaway Road about 3:38 a.m. Dec. 28.

Employees discovered the burglary when they arrived for work later that morning.
Taken were stereo sound equipment, alcoholic beverages, a computer and a 55-inch, flat-screen television were taken.