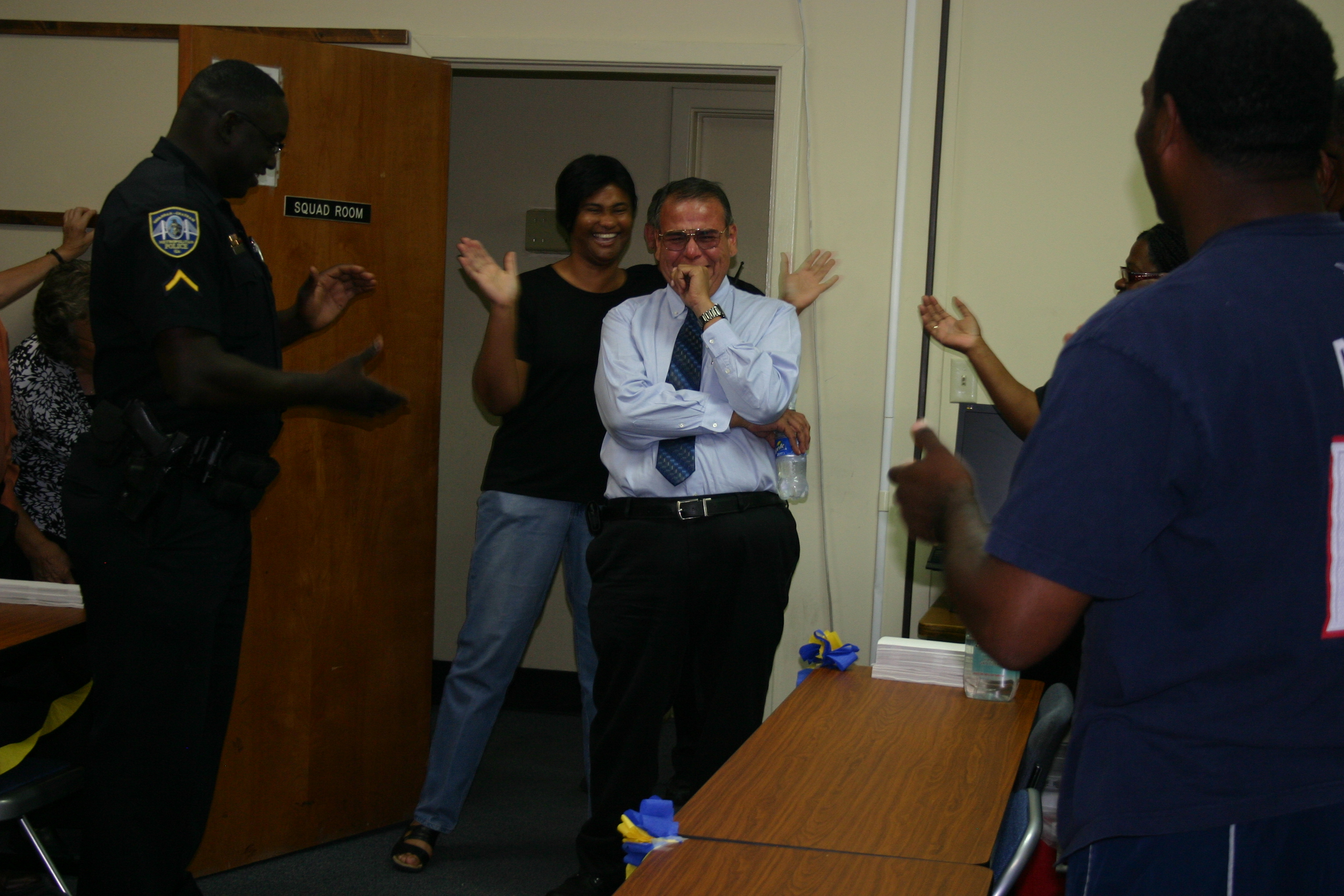 Florentino “Tony” Lopez will retire today with much hesitance after many years of dedicated service to the Savannah-Chatham Metropolitan Police Department. Star Corporal Lopez is much beloved by the community and the officers alike.

Tony was Born and raised in Chicago, Illinois.  He attended Saint Marks grade school and graduated Holy Trinity High School in 76. Joined the Army in 77 and did a six year tour starting out as a combat engineer and finishing his career as a Military Policeman at Ft. Stewart in 83. Tony Lopez Joined SPD in 1984 and worked patrol for five years before working TRAP, where he had the opportunity to work drug cases and other investigations.

After CNT in 2000  he went to what is now Central Precinct and shortly after was selected as the precinct’s crime prevention officer until 2011,  when he transferred to precinct investigations. He is just two months shy of 28 years of service with the department as a police officer.