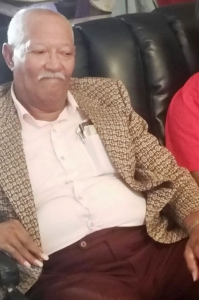 SAVANNAH, GA (January 19, 2016): Savannah-Chatham Metropolitan Police are searching for Freddie Hall, 78, who has dementia and was last seen at about 4 p.m. Monday on Grovepoint Road near King George Boulevard.

Hall is a black male standing 5-9 and weighing roughly 180 pounds. Hall has short gray hair and brown eyes. He has limited use of his right hand and wears a prosthetic left leg.

Hall may be driving an older model Toyota Sequoia. The vehicle is burgundy with gray trim, and may have a neighborhood watch sticker on its side. Hall is believed to be traveling with his Chihuahua named “Peppy”.

Hall is known to frequent Colonial Village on Abercorn Street, neighborhoods near Abercorn and Tibet and the Quality Inn near Highway 204 and Interstate 95.

Anyone with knowledge of Hall’s location should call 911 immediately.