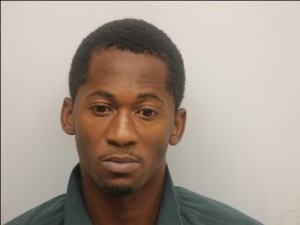 SAVANNAH, GA (April 25, 2016): The Savannah-Chatham Metropolitan Police Department recovered a stolen vehicle and arrested a man at approximately 4:30 p.m., April 24, near the intersection of 45th Street and Burroughs Street.

The vehicle, a black 2009 Hyundai Accent, was reported stolen April 21 from the 900 block of East Henry Street. Officers from the Violent Crimes Task Force in the area spotted the stolen vehicle April 24 and apprehended Cutkelvin, who was driving the stolen vehicle. The suspect claims the vehicle was stolen by another person and given to him.

Anyone with more information about this crime is asked to call CrimeStoppers at (912) 234-2020 or text CRIMES (274637) using the keyword CSTOP2020. Tipsters remain anonymous and may qualify for a cash reward.