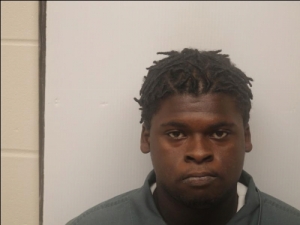 SAVANNAH, GA (July 25, 2016): Michael Riley, 18, was arrested on July 24 and charged with murder and two counts of aggravated assault in a shooting that day in the 8500 block of Waters Avenue.

Violent Crimes detectives responded to a triple shooting on Waters Avenue that claimed the life of one adult male and injured two others on Sunday, July 24.

At about 2:30 a.m., July 24, Metro responded to an apartment complex on the 8500 block of Waters Avenue, where Josh Lewis, 22, and George Thorpe, were found with gunshot wounds. Lewis and Thorpe were transported to Memorial University Medical Center for care. Thorpe was treated for non-life threatening injuries. Lewis succumbed to his injuries.

Terrell Bonds, the third gunshot victim linked to this case, arrived at MUMC in a privately owned vehicle.  Bonds also was treated for non-life threatening injuries.

This case remains under investigation. Anyone with information about this case should contact the SCMPD tip line by dialing (912) 525-3124.