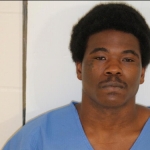 SAVANNAH, GA (January 29, 2015) Savannah-Chatham metropolitan Police have charged a 19-year-old male and his 13-year-old accomplice after the robbery and carjacking of a woman in the Highlands area Wednesday night.

Carlos Maurice Boggs Jr. and the youth were taken into custody after foot chases following a short traffic pursuit on Dean Forrest Road. He has been charged with armed robbery, contributing to the delinquency of a minor and traffic offenses.

Boggs was released from the Georgia Diagnostic and Classification Prison in Jackson, GA, last September after serving a month of a five-year sentence for burglary.

West Chatham precinct Patrol officers saw the pair in a 1998 Toyota Camry that had been taken in the robbery of a 30-year-old woman in the back yard of her residence on Fairgreen Street Wednesday. Two males had pointed pistols at her, forcing her to surrender the car and its contents just before 7 p.m.

Patrol officers followed the Camry, being driven by the younger suspect, into Southbridge subdivision where the passenger and driver exchanged places before it sped onto Dean Forrest Road.

Metro and Garden City Police officers began the pursuit which ended in a steep curve where the Toyota collided with another car. Boggs led officers on a foot pursuit into a canal where he tried to hide under a bridge. The younger suspect was apprehended near a house.