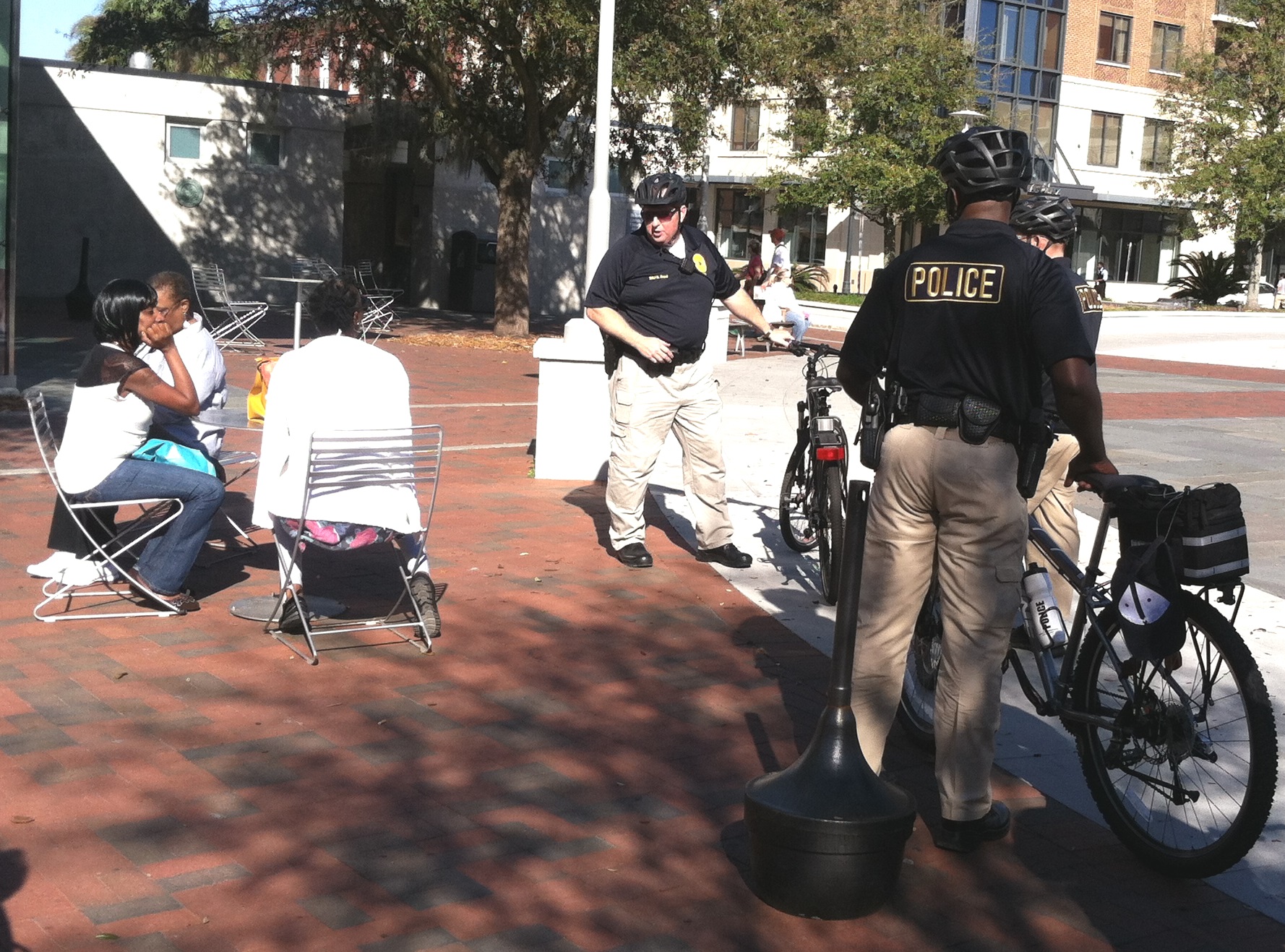 SAVANNAH, GA. (February 20, 2014): Metro officers, accompanied by a Patrol major, took to the streets on two-wheelers in Downtown Savannah today following the completion of a two-day course on patrolling on bicycles.

Maj. Richard Zapal, commander of the North Patrol Division of the Savannah-Chatham Metropolitan Police Department, joined officers in their regular patrol of the Downtown area.

“Bicycle patrols give officer’s the opportunities to interact with the public they serve that they don’t get while riding in cars,” he said. “We were able to stop and chat with residents and visitors, welcome them to the city where appropriate and hear their concerns. That’s the purpose of the bicycle patrols and it adds an important element into what we do.”

The veteran officers riding with Zapal completed the 16-hour Metro Police Bicycle Course on Wednesday, teaching them the ins and outs of effective police work on bicycles. The 10-member class was the first one taught exclusively by the SCMPD Training Unit that was certified to teach it after Savannah Mayor-Council funded the purchase of 25 new specialized police bicycles in 2013.

Five bicycles are assigned to each of the five precinct and officers are required to complete the course before patrolling on them. Zapal was riding his own Police bicycle.