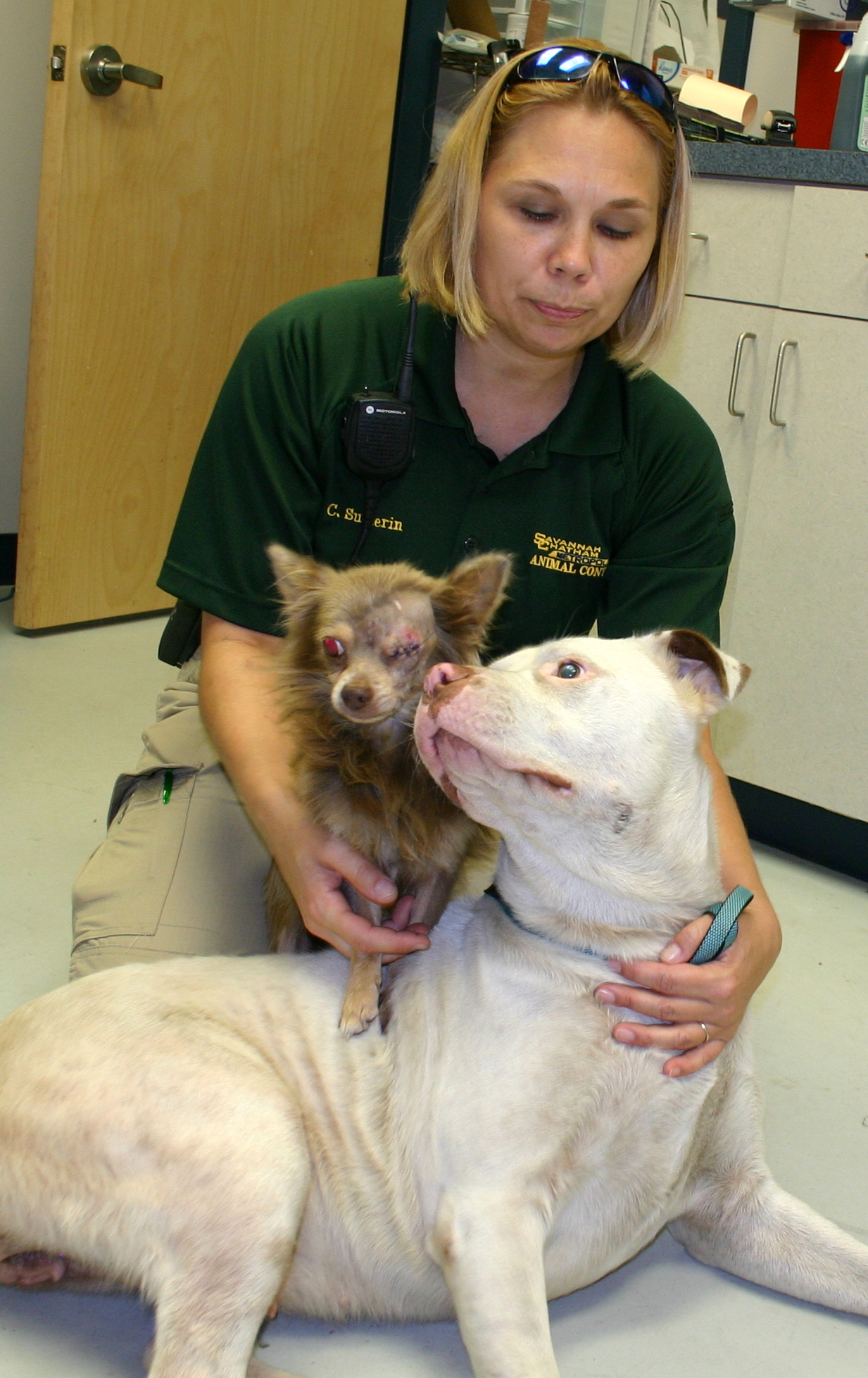 SAVANNAH, GA. (July 16, 2014): Animal Control Officers from Savannah-Chatham Metropolitan Police are looking for homes — hopefully one — for two special dogs with an unusual fascination with each other.

Chachi and Jonie have captured the hearts of the officers since last Thursday when they were found roaming the neighborhoods around Delta Circle.

Chachi, a scraggly long hair Chihuahua mix, was suffering from a horrific eye infection. And Jonie, a white lab-pit bull mix many times larger than Chachi, was walking around with Chachi in her mouth, carrying him from place to place, stopping occasionally to lick his swollen eye. Clearly, Chachi appreciated the attention.

Veterinary staff at the Metro Animal Shelter could not save Chachi’s ruptured eye, but they performed surgery to patch him up. He has been recuperating in the shelter clinic ever since.

On Tuesday, Jonie finally was allowed to visit her old friend and shelter staff were treated to an emotional reunion of the two canine friends, complete with licking, whining, caressing and finally cuddling.

“It’s not every day we get to see such devotion between two special dogs like this,” said Animal Control Officer Christina Sutherin. “They are both such sweet animals. But the relationship they share just sets them apart. It would be wonderful if we could find a home that could take both of them. But that is not always possible.”

The dogs will be cleared for adoption today. They are up to date on vaccines, are heartworm negative and Chachi has been been neutered.