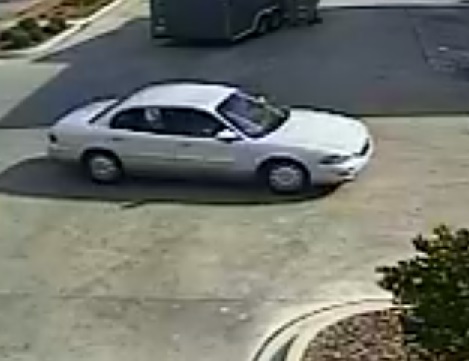 The suspect left the scene in this Silver Buick. 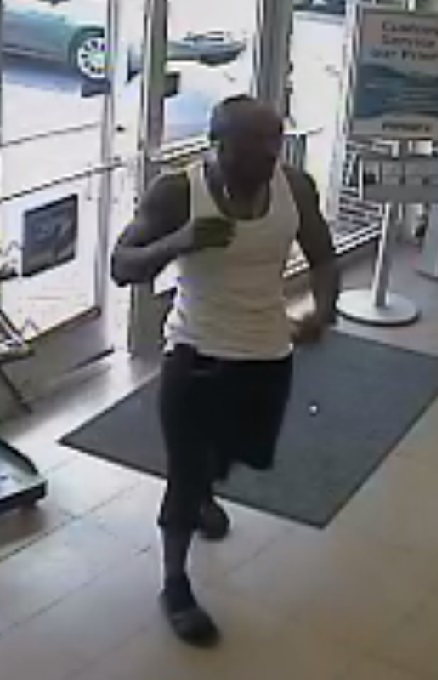 Saturday, Dec. 7, at 12:27 p.m., Metro responded to reports of a theft at Parker’s on the 5300 block of Skidaway Road. Surveillance cameras recorded the suspect walking into the business, then entering the back office. There, he located and stole an undisclosed sum of cash. While attempting to exit the restricted area, surveillance videos showed the suspect encountering an employee at the doorway, then asking for directions to the restroom. After briefly entering the restroom, the suspect exited the building. When approached by employees, he sped off in an unknown direction in an older model silver Buick.

Investigators do not believe the suspect is tied to recent Parker’s robberies at other Chatham County locations.

The suspect is described as a dark complexioned black male, standing 5-11 to 6-1 and weighing 180 to 200 pounds. He has a muscular build. His head is shaved bald.

Anyone with information on this suspect’s identity or location is asked to call Crimestoppers at (912) 234-2020 or text CRIMES (274637). Tipsters remain anonymous and may qualify for a cash reward.