Chief Lumpkin: ‘One Murder is One Too Many’ 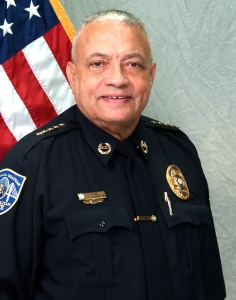 SAVANNAH, GA (May 20, 2016): This afternoon Chief Joseph H. Lumpkin, Sr. issued a statement to the public regarding violent crime in Savannah.

Chief Lumpkin said, “This week the City of Savannah has received national media attention concerning violent crime in our community.  As you know we have been regularly discussing crime and those 2015 crime numbers with the City Council and the County Commission.

Our violent crime numbers were higher in last year than previous years and our homicides are already double where we were last year – but lower than the rate experienced in October, November and December of 2015. We do not dispute these numbers and we have been very forthcoming and transparent to this community about all the shootings and homicides.

An overwhelming majority of the homicides and shootings in Savannah are not random acts. The vast, vast majority of these violent acts do not involve a stranger. In a very great number of these violent acts, the suspect and the victim have been known to each other.  And in an inordinate number of cases, the victim was engaged in what is typically termed “risky behavior”.

But we can talk about statistics all day.  The bottom line is, to the families who are suffering, numbers do not matter!  Any one murder is one too many! What matters is mothers are burying their sons and children are losing their mothers to gun violence. In addition, certain neighborhoods are particularly suffering and impacted by gun violence while the vast majority of our neighborhoods are suffering from the fear of crime.

“The bottom line is numbers do not matter… any one murder is one too many! What matters is mothers are burying their sons and children are losing their mothers to gun violence.”

We know how serious this is. We are taking this very seriously. For the first time in 16 plus years our police force has reached full staff, but we won’t have all the new officers on the street in solo cars until the end of November.

Again, in a transparent mode we have consistently produced the unflattering statistics. We produced our own documentary, much like the CNN story, on our End Gun Violence: Step Forward initiative https://savannahpd.org/endgunviolence/ showing the pain gun violence is causing our children, our mothers and fathers. To some extent this captures this community’s suffering, but it also captures this community’s determination to stop this violence.   We are not hiding the fact that crime is a problem in our community. But we also must point out that 70% plus of homicides occur within two smaller geographic corridors of our community.

“We are not hiding the fact that crime is a problem in our community. But we also must point out that 70% plus of homicides occur within two smaller geographic corridors of our community.”

We need more members of this community to step forward and help us reduce this senseless violence. I know information is flowing from citizens to police today better than it did this time last year. We must have continuous improvement of information flowing from our citizens to our police.

The police alone cannot make this community safe, for even at full authorized staff we can’t put an officer on every block. Public Safety is a shared responsibility. We ask our citizens and visitors to be our eyes and ears on the street. No one knows your street or your block like you do. Help us keep you safe, your block safe, your neighborhood safe!

This is a great city.  Together we can make it better than it has ever been by reducing crime and the fear of crime.”