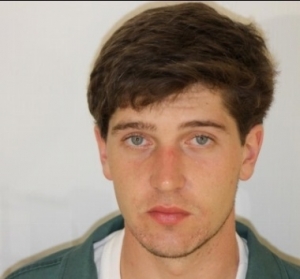 March 3,  Savannah-Chatham Metropolitan Police obtained an arrest warrant for Andrew Harned, 24. At approximately 7:30 that evening, Harned was arrested and charged with burglary, possession of a fraudulent ID, theft by receiving, deposit account fraud and theft by deception.

Feb. 4, a Savannah bank notified a customer of someone attempting a fraudulent transaction with their account. The victim, a Dutch Island resident, immediately notified police. Metro’s Islands Precinct patrol officers were dispatched to the victim’s home where they found an unlocked door. Checks, jewelry and a firearm belonging to the victim were missing.

Security footage provided by the bank helped to identify the suspect as Harned, who committed these crimes under the alias, “Spencer Gonzalez.” According to Islands precinct investigators, Harned burglarized the victim’s residence before attempting one fraudulent bank transaction and successfully completing another, then pawning the victim’s stolen jewelry.

Metro recovered most of the victim’s stolen property.