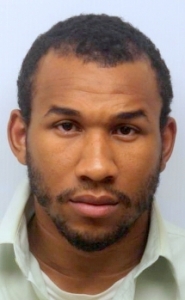 SAVANNAH, GA (June 30, 2015): A bank employee believed to have called in a bomb threat to help  hide a theft has now been charged with both the theft and the false alarm.

Kenneth Collier, 28, has been charged by Savannah-Chatham Metropolitan Police with theft by  taking and transmitting a false public alarm, both felonies.

The Publix supermarket on the 4700 block of East Highway 80 was evacuated and officers from the  SCMPD Explosive Ordnance Device unit and Chatham County Sheriff’s Office K9 searched the  building after the manager of the Sun Trust bank in the store reported the bomb threat at 3:36 p.m.

Metro officers and Federal Bureau of Investigation agents who responded discovered that the threat  occurred about the time an audit was scheduled to begin at the bank.