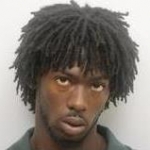 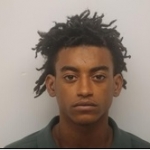 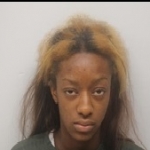 UPDATE: Diamond Butler, 18, was arrested just before 4 p.m. in Ann Arbor, Michigan. The FBI’s Southeast Georgia Violent Crime Task Force coordinated the arrest with Michigan authorities. Butler was located at a family member’s residence, where warrants were served. She was arrested without incident, and will be returned to Chatham County pending an extradition hearing.

SAVANNAH, GA (December 23, 2015): Savannah-Chatham Metropolitan Police Department’s Violent Crimes detectives have charged two suspects, as one remains at large in an October homicide that claimed the lives of Kiana Marshall, 21, Alexis Kitchens, 19, and Isaiah Martin, 18, in a residence on the 800 block of Lynah Street.

On Monday and Tuesday, James Angelo Hampton, 22, and Dwayne Leonard Abney, 18, were served warrants at the Chatham County Detention Center, where they were serving time on unrelated charges. Warrants also have been obtained for Diamond Butler, 18, who remains at large. Each suspect faces numerous charges to include felony murder.

Butler is described as a black  female, who stands 5-6 and weighs roughly 110 pounds.

On Oct. 22, at about 8:17 a.m. Metro responded to reports of an open door at the Lynah Street residence. While checking the property officers found Marshall, Kitchens and Martin deceased, with gunshot wounds inside of the house.  Investigators believe the shootings stemmed from an ongoing tenant’s dispute between Marshall and Butler.

This investigation is a collaboration between SCMPD and the FBI’s Violent Crimes Task Force.

Anyone with information on Butler’s location should call CrimeStoppers at (912) 234-2020 or text CRIMES (274637) using the keyword CSTOP2020. Tipsters remain anonymous and may qualify for a cash reward.