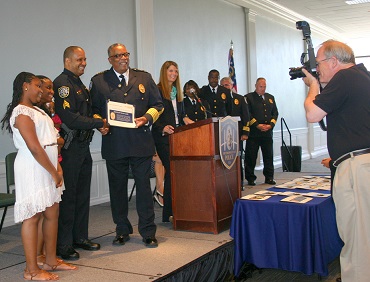 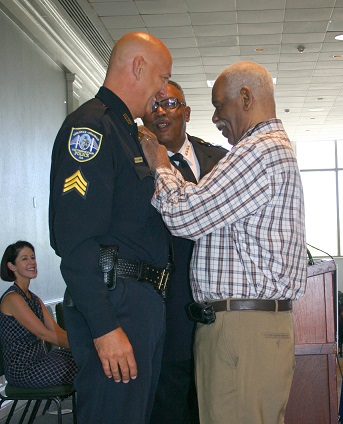 Several hundred fellow officers, family members and friends gathered at the Savannah Civic Center for the promotion ceremony. Some of the officers already are serving in their new positions and others are moving to their new assignments as the promotions take effect through the ranks.

District Attorney Meg Daly Heap as keynote speaker reminded the newly promoted officers that they have been recognized by their chief and command staff as leaders in the department with the ability to perform at higher levels and challenged them to fulfill the leadership roles.

Chief Lovett told the officers and their family members that their jobs and their lives will change with the promotions and the additional responsibilities that accompany them but he was confident they would rise to the challenges.

Promoted to the rank of Lieutenant were: Daniel Flood, Gregory Ernst and Billy Cunningham.