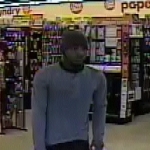 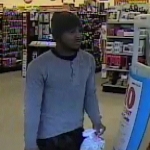 The first robbery occurred Jan. 1, at Family Dollar on the 800 block of Habersham Street. The second incident was Jan. 7 on the 7300 block of Skidaway Road. In both cases, surveillance footage showed the suspect entering the stores and holding clerks at gunpoint while demanding cash, before fleeing on foot. The suspect was last seen running southbound on Habersham Street.

The suspect was last seen wearing a gray long sleeved thermal shirt, black pants and a gray skull cap. He is believed to be a black male in his early 20s, standing 5-7 to 5-10 and weighing 150 to 170. The suspect also has a beard.